Last year, on October 27, we witnessed unspeakable horror at Pittsburgh’s Tree of Life synagogue. The murder of 11 innocent Jews at prayer represented the worst of humanity. The following weekend, we saw the best. Millions of people of all faiths rallied around AJC’s #ShowUpForShabbat initiative, packing synagogues in what became the largest-ever expression of solidarity with the American Jewish community. On the one-year anniversary, AJC is again calling on all people of good conscience to #ShowUpForShabbat. Let us come together to honor the victims and raise our collective voice for a world free of antisemitism, hate, and bigotry. 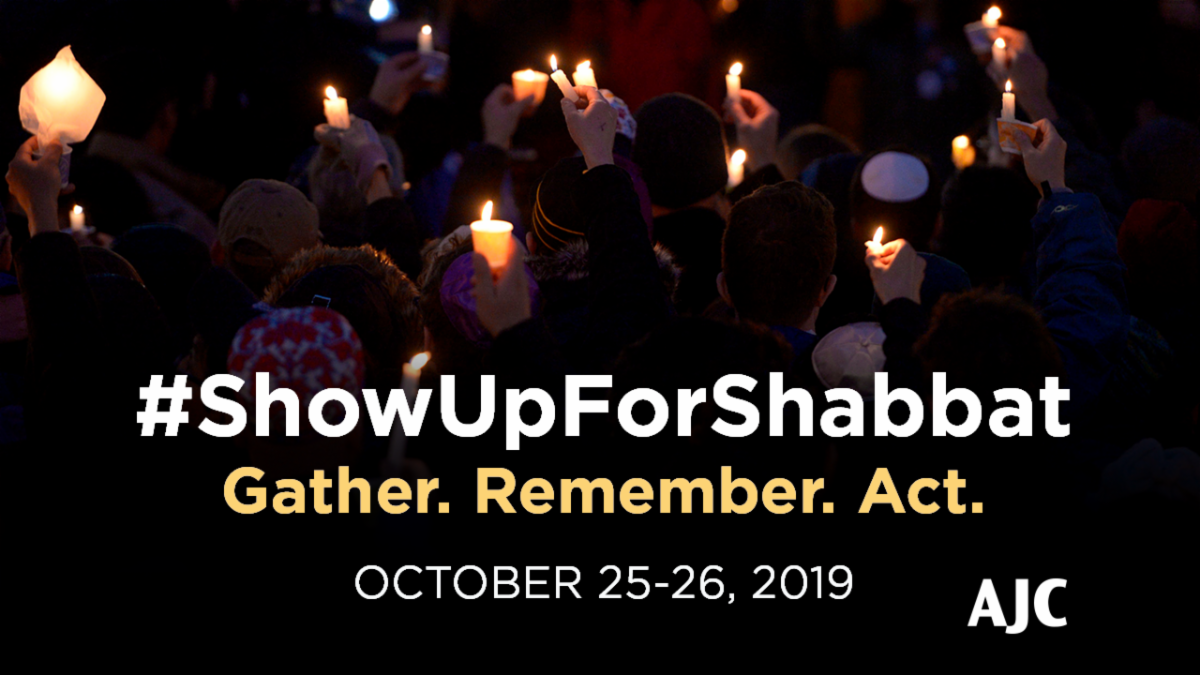