Joel Santoni’s powerful drama tells the true story of Aristides de Sousa Mendes, the Portuguese Consul General stationed in Bordeaux, France, during World War II.  His government had issued strict orders to all its diplomats, to deny visas to Holocaust refugees seeking to escape Occupied Europe through Portugal.  Sousa Mendes defied these orders and issued Portuguese visas to an estimated 30,000 people in May and June of 1940 in an operation described as “perhaps the largest rescue action by a single individual during the Holocaust.”
click here to purchase tickets 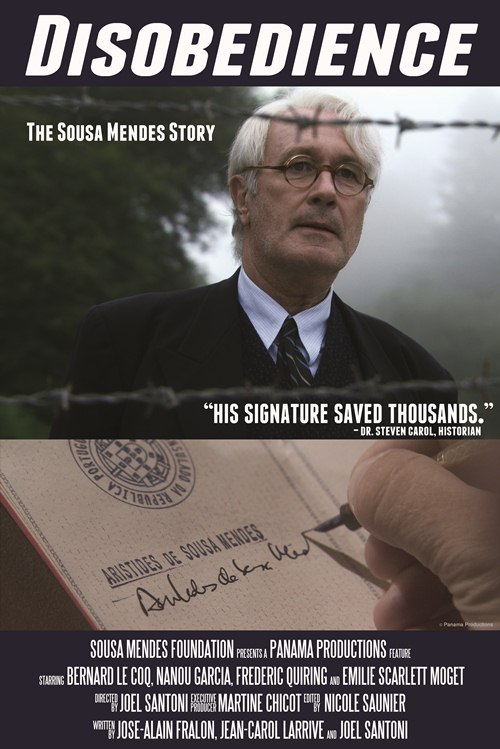