HISTORY OF THE REGION

Hadera was founded in 1890 by members of Hovevei Zion, a group of Zionist immigrants from Russia and Eastern Europe. Theirs was a most difficult life … draining swamps, learning to plant orchards, fending an isolated community among sometimes hostile Arabs. But they succeeded, at first by draining the swamps, a project that lasted nearly four decades. The settlers received aid in 1895 when Baron Edmond de Rothschild, a wealthy French philanthropist, gave them funds to drain the swamps by building canals and planting large eucalyptus groves. The eucalyptus tree soon became Hadera's symbol.

At first, agriculture was the main occupation of Hadera's settlers. They planted field and vegetable garden crops and citrus groves. But as the population of Hadera increased, the economy expanded and industrialized. Today, industry has become the main element in the town's economy. Situated in Hadera are the American Israel Paper Mills, and the Alliance Tire and Rubber Company, food-preserve plants and other enterprises. Agriculture, however, has continued to develop and there are now carp ponds, beehives, cattle, poultry, and flower and banana fields in Hadera. In the early 1990s, there were 46,000 inhabitants. Today, the population numbers approximately 80,000.

The name Hadera comes from the Arabic al-Khadra_' ("the Green"), referring to the color of the swamp vegetation of the area. The notorious swamps of Hadera caused more than half the settlers of Hadera to die of malaria during its first 20 years. Hadera, considered a relatively safe place by its citizens, was jolted by a suicide bomber who blew himself up at a falafel stand on October 26, 2005, killing five civilians. The attack came on the heels of public remarks made earlier that day by Iranian president Mahmoud Ahmadinejad at an anti-semitic conference in Tehran.

Speaking at the The World without Zionism conference, Ahmadinejad said that “Israel must be wiped off the map” and called for a new wave of Palestinian attacks against Israel that “will wipe this stigma from the face of the Islamic world”. Palestinian terrorists responded quickly by launching an attack against civilians in Hadera. 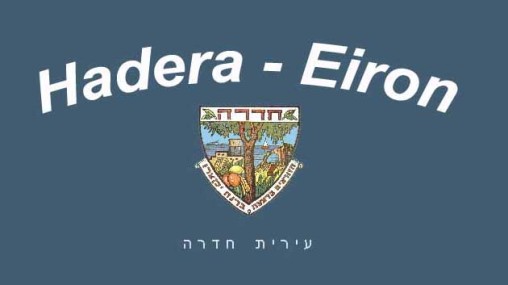 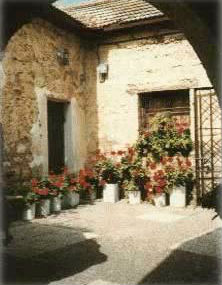 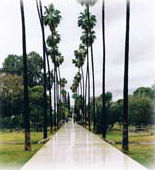 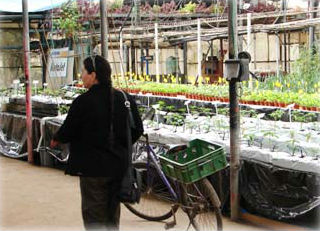 The "K'han" Museum is located in the historic center of Hadera. The impressive sandstone building was, originally, an Ottoman farmstead building dating from the mid 1800's. The building, together with the surrounding lands which make up the city of Hadera, was purchased in 1890 by four Zionist organizations from Eastern Europe.

For six years, the K'han served as temporary living quarters for Hadera's first settlers. Only 11 original rooms remain today; Those house the city's archives, as well as displays narrating the history of Hadera. The rooms are also used for the purpose of cultural and educational activities. While in The K’han’s lecture room, you will also be standing in what was Hadera’s first synagogue, founded by the pioneers in 1891. For more information about the museum, visit the website.

The Founder’s Park was initially planted in 1911 to serve as an experimental plantation for Aharon Aharonson. It was renovated in 1990 by the world renown artist Dani Karavan to combine the old and new, as well as to commemorate the region’s founders and its fallen soldiers.

Situated in the historic center of Hadera, the park is home to the Yad La'banim memorial hall and the municipal library, which traces its beginnings to 1911.

The Educational Greenhouse is a worldwide unique environmental project that is also deemed a piece of art. Located in Kibbutz Ein-Shemer, the Greenhouse is an ecological system founded by artist Avital Geva. It takes an innovative approach to balancing relations between different elements in the environment and, subsequently, between human beings. Its unique system brings together water, fauna and flora for mutual sustenance and cooperation.

The entire project is maintained by dedicated teenagers who express their creativity and thoughts through their work. Nothing similar can be found anywhere else in the world.

The Aqua Dora diving center is open all year round and unique for shallow water, archeology, technical and wreck diving. Its facilities are today’s most modern on the Israeli Mediterranean coast. Guiding and instruction are in English and Hebrew.

Visitors have free use of all facilities; entrance to private beach and reductions to the Dor Beach Guesthouse and local maritime archeology museum. Aqua Dora is licensed for diving.